“…The only thing that separates women of color from anyone else is opportunity. You cannot win an Emmy for roles that are simply not there.” ~Viola Davis after becoming the first African American to win Emmy for best actress in a Drama

One of the biggest issues in entertainment among people of color is the lack of opportunities, as Viola Davis so eloquently stated in her acceptance speech during this years Emmy award ceremony. But what is the real reason why so many talented people of color don’t seem to have the same opportunities as their counterparts?

It is a known fact that people of color are severely underrepresented in mainstream Hollywood, and Hollywood acts much like a fraternity with people in power exercising their right to hire and work with people they already know and trust. If almost all of the big wigs in Hollywood are older white men is it really shocking that they tend to hire within their community, within their race? Is it really that shocking when white writers tend to write from the scope of their own experiences? Is it really intentional when white writers, producers, and casting directors seem to focus so heavily on narratives from the perspectives of people who look like them? Could all this account for why we see so few brown faces on our TVs and the silver screen?

If you are a person of color who is conscious of the world around them, chances are most of your time is spent questioning the status quo. If you’re black and wake up one day to the sordid realization that 98% (don’t quote me on that) of all the popular television shows exclude your people, it is natural to want answers. But as we exchange in healthy discourse online with our peers, too often than not do we come across other people of color attempting to shut down the conversation with a swift “Create your own opportunities and stop expecting Hollywood to throw you a bone.”

There isn’t a comment thread on Facebook about this subject that doesn’t have at least 20 people commenting that exact sentiment. But what does that really mean? Do we know what creating your own opportunity really entails?

Are we to expect every black screenwriter, every black film maker, every black actress/actor to sit their craft aside to now focus on opening their own production studio just to ensure that black faces get a fair shake? Are we not allowed to focus on our passion like our counterparts do? If we really want opportunities, is indie the way to go?

We live in a new world of modern technology, of information overload. If it happens in the real world, chances are it is already online. With the popularity of Netflix and other platforms alike, we are seeing an uprising of content streaming allowing for instant access to the stories we choose to see. People of color have been ahead of the curve in that regard as the lack of opportunities available for them in the mainstream have already forced us to utilize platforms such as YouTube to tell things our way. But as the rest of the world catches up, what will that mean for us?

It seems as though everybody and their mama has jumped on the webseries, online indie film, and Instagram-shorts bandwagon. And now mainstream Hollywood is taking notice. Huge A list stars are pushing their way onto these platforms. I’m hearing “unfair competition” ringing the bell and calling foul! But hey…money is the motivation and if there is a chance to make the cash, best believe mainstream Hollywood will find a way! But what does that mean for the rest of us? What does that mean for the people of color who have been working their asses off independently to make sure their stories get out there any chance they could? It seems as though Hollywood is trying to send a clear message: there is no escaping us!

So what are we left with:

Option 1: Try your hardest and do whatever you have to do to break into Hollywood so that you can be the one to offer the opportunities too often denied to other people of color. Believe it or not, there are many people of color in mainstream Hollywood. Should it be their responsibility to offer opportunities to talented POC? Ava Duvernay is doing it and so is Shonda Rhimes.

Option 2: Go indie! Yes, the independent arena is over-saturated with so many people pushing to get discovered and yes, mainstream Hollywood has bullied their way in causing some people to cry foul, but it is possible to break out of that and make a name for yourself. It may be really hard to the point when it feels almost impossible, but it is possible! Issa Rae did it!

So what say you guys? Leave a comment with your thoughts! 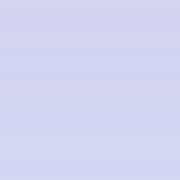 Nova Sparks is a science-fiction screenwriter and author of the bestselling series, the DOME trilogy. Born and raised in the Bronx of NYC, Nova enjoys wandering around the city, chatting with friends, and watching Netflix. She can be found working on her next novel and developing DiverSciFi, the first convention to celebrate, promote, and encourage diversity in science fiction.

Creators for the Culture