Over the years, Kiswahili has been considered the lingua franca of the region given its use in social interaction and trade in many urban centres within member states. However, the lawmakers felt the need to elevate it to an official language in the region; thus passing this resolution which gives the language more of an official status and ensures its use in official communication. To make this happen therefore, a bill was written and brought before the assembly, and after a heated debate on the matter, members of the regional parliament agreed for the amendment of the EAC treaty in order to accord Kiswahili the status of an official language. Kiswahili is already one of the official languages of the African Union (AU).

Historians say Kiswahili originated in Zanzibar, Mombasa and along the entire coast of East Africa where there were settlements that attracted foreign visitors and traders as well as natives from the hinterland.The British and German colonizers sought to facilitate their rule over colonies where the inhabitants spoke dozens of different languages so, the colonial authorities selected a single local language which they hoped the natives could find acceptable. Swahili was the only good candidate in the two colonies so it was chosen and its use became widespread.

In Tanzania and Kenya, Kiswahili is a national language, while in Rwanda and Burundi, the language is spoken by nearly 50% and 70% respectively, of the general public. Tanzania took up Kiswahili as a national and official language way back in the early 1960s, followed by Kenya in the 1970s and Uganda in more recent years. The language is also widely spoken in various countries in eastern, central and southern Africa: from Somalia in the Horn of Africa to parts of Mozambique and Malawi in the south and from Comoro Islands in the Indian Ocean to the eastern part of DR Congo.

Given that Kiswahili has been an unofficial language of the East African Community (EAC) and is hardly used in official communication, the EAC Treaty helps to promote Kiswahili as a lingua franca that should be developed as a community-wide language. In other words, the treaty serves as a baby step in the beginning of the arduous journey to the language’s widespread adoption and entrenchment. In countries such as Uganda where the language isn’t widely spoken, a lot of effort will have to be exerted in order to develop the language and facilitate its appeal. Although Kiswahili is not as popular in Uganda as it is in other countries in the EAC, it’s nevertheless a compulsory subject in the educational system and in much recent years, it’s been used by politicians to address crowds at rallies. So it’s seeing some adoption.

Embracing Kiswahili is bound to increase the participation of the people of East Africa (especially those who may not be well-versed in English) in the affairs of the region as well as promote African culture and preserve one of our many languages. With the massive technological revolution which has only strengthened our fascination with and fed our appetites for non-African (western and now eastern) cultures, it’s about time we began taking steps to preserve, promote and disperse our languages and cultures (albeit the positive and progressive aspects of our culture). Embed them so deeply in our ways and thinking that they become a part of our cultural identity, fabric and portrayal – similar to how the Chinese, for instance, have a strong tie to their language; exporting it to other continents and even having other cultures embrace and learn it.

Yes, we can still speak English and retain languages from the colonial era but these languages should be relegated to international relations, inter-continental communications and/or global trade. For everything else and for communication within our borders, we should speak a language native to the continent. So, here’s hoping that authorities exert some effort to ensure that the language takes root within the region, as language (and by extension communication) is the thread that will bind the dream of east African integration. 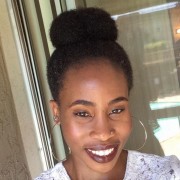 Anwuli Okeke is a blogger/vlogger on hackingafrica.com; a platform sharing stories about Africa at the intersection of innovation, entrepreneurship & the arts.